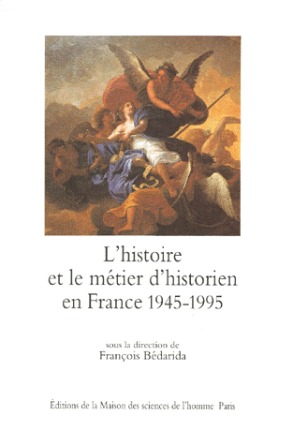 François Bédarida died at the age of 75 on September 16, 2001, at Fontaine-le-Port, near Paris. During the last 10 years of his life he was a tireless advocate for the ideals of the International Committee of Historical Sciences. His remarkably multifaceted career was characterized by a rare and steadfast commitment to his vision of history and of the role of historians, a commitment which bore the stamp of scientific, moral, and civic concerns. Starting out as a historian of Victorian England, he then directed his efforts to the study of 20th-century France. As he worked on the dark period of French history that was World War II he came to advocate the social and scientific responsibilities of the historian. Convinced of the need to “historicize the Resistance” and led by his strong belief in the necessity of telling the truth, he never hesitated to use the critical tools of history to confront the various memories of that period. Mr. Bédarida was involved in controversy—the Touvier affair, among others. He testified in court as a historian, and the scientific community benefited from his experience as he increasingly focussed on epistemological questions such as the historian’s social, moral and civic responsibilities, and as he highlighted the fundamental importance of the history-memory relationship for historical knowledge.

Born on March 14, 1926 in Lyon, the son of an academic, François Bédarida moved to Paris with his parents as a youth and completed his studies there. After attending the Montaigne, Louis-le-Grand and Henri IV lycées, he joined clandestine Resistance groups. It was during that time that he met the love of his life, Renée Mély, in 1943. They married in 1949. His deeply held faith led him to the “Témoignage Chrétien” movement to which he gave a commitment that would never falter throughout the course of his life. He graduated (agrégation) from the École normale supérieure in 1949. 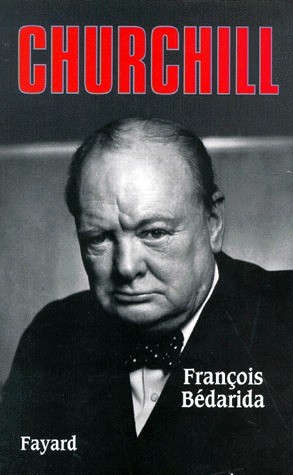 His career began in Marseille, where he taught briefly at Lycée Thiers, but before long he was bound for the United Kingdom. After teaching in the U.K. at the Institut français from 1950 to 1956 and working as a research associate at the CNRS from 1956 to 1959, he became an assistant professor of modern and contemporary history at La Sorbonne (1961-1966). In 1966 Mr. Bédarida returned to Great Britain and received a Master of Arts degree from Oxford. He managed la Maison française from 1966 to 1970, and, he became an acclaimed specialist of 19th-century British history, publishing some notable works.

As Maître de conférences at the Institut d’études politiques de Paris from 1971 to 1978, he studied the history of contemporary French society and founded the Institut d’histoire du Temps présent. He was the Institut’s first director, serving from 1978 to 1990. He used this platform to promote work on the history of wartime France, and devoted his own research entirely to the subject. The work he accomplished, whether alone or collaboratively, advanced the knowledge of that period and produced publications which had a significant impact on French historiography. Professor Bédarida was named Directeur de recherches of the CNRS in 1979, and then Emeritus Research Director in 1995. Towards the end of his career he returned to his earlier interests and in 1999 he published an outstanding biography of Churchill. In 2001 he edited, together with his wife, Renée Bédarida, La résistance spirituelle 1941-1944, Les Cahiers clandestins de Témoignage chrétien.

In 1990, he became Secretary General of the International Committee of Historical Sciences. He tackled his new duties with his usual enthusiasm, vigour and generosity of spirit, drawing on his scientific abilities, his considerable historical culture, and on his knowledge of the historical profession. He worked relentlessly to modernize the ICHS and the workings of its international congresses. As the International Committee’s life force he expended his energy on all fronts, from his duties as Secretary General to those of architect of one of the Congress’s major themes. He worked at getting the ICHS to adopt a world-wide perspective and was the editor of a special issue of Diogène on the historian’s social responsibility. His deep conviction of the soundness of the ICHS’s core values fuelled his tireless advocacy of international cooperation and of the establishment of a scientific exchange network in which all countries would receive equitable treatment. For 10 years he was the lifeblood of the ICHS, providing members with food for thought by the rich, detailed reports he read at each general assembly and by his efforts to focus the ICHS’s initiatives on developing history as a profession and fostering openness to the world. Professor Bédarida’s passion for studying the relationship between history and memory, coupled with his conviction that both factors exert an influence on the life of organizations, led him to examine the history of the ICHS, uncover archives, and interview a former secretary general about the history of the Committee’s first half century. He published his findings in the ICHS Bulletin between 1992 and 2000. His integrity, his deep sense of responsibility and his exacting professional conscience are in large part responsible for the good health of the ICHS and for the success of the 1995 Montreal and 2000 Oslo Congresses. Professor Bédarida’s last report on his ten years as Secretary General, which was read during the 2000 Congress and published in the Bulletin (2001), is a profound and stimulating assessment that the entire ICHS might consider his final legacy. May the ICHS find inspiration in this document for years to come!

Francois Bédarida was remarkable for his unshaken faith in the historian’s work and his respect of certain fundamental moral values. He was a Chevalier of the Légion d’Honneur and an Officer of l’Ordre national du mérite. He is survived by his wife and three children.